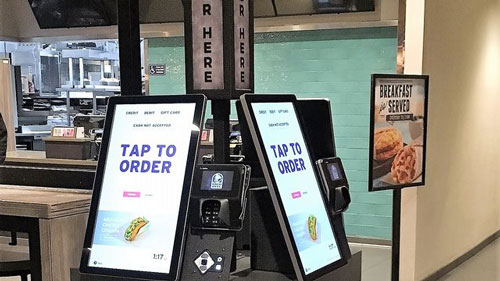 When Taco Bell began rolling out self-order kiosks under its All Access initiative this year, the management team fully expected more customers would be served faster and there would be fewer order errors. One benefit that wasn't as obvious was a fuller appreciation of the restaurant's menu, according to Rishi Gupta, director of technology.

People are more willing to try different things, Gupta told Kiosk Marketplace in a phone interview, referring to the order customizations at the 5,300 stores that now have the kiosks. The brand is on track for a complete national rollout to 7,000 stores domestically by the end of 2019. When the power of customizing the entire menu is laid out for the consumer, the sky is the limit. We are seeing different things across the board, said Gupta, adding that vegetarians now find it easier to substitute beans for meat via the kiosk and one franchisee reported selling out of jalapenos faster than ever before.

Taco Bell won the 2019 Elevate Award for the Best Restaurant Kiosk from The Interactive Customer Experience Association for its All Access Self-Order Kiosk deployed on Elo's 22-inch large-format displays.

Positive customer feedback
Input on social media and from Taco Bell customer surveys indicates guests feel they can spend more time exploring the menu at the kiosk as they feel less hurried than when giving their order to a cashier, Gupta said. For example, one customer reported having felt reluctant to ask a cashier questions about customizations versus ordering with kiosks. 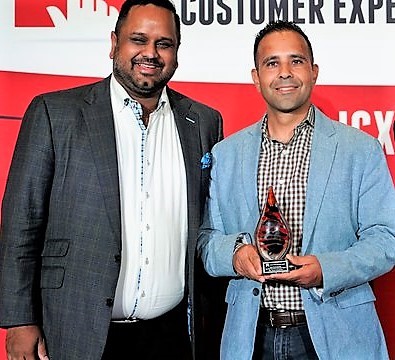 Guests are excited about exploring new parts of our menu, at their pace, and can visually confirm their order is correct, he said. Guest orders are served in less than two minutes, similar to the counter orders.

The company has seen many learnings throughout the process. Including the logistics and coordination involved with an aggressive timeline of installing nearly 500 kiosks a month.

While there are typically two kiosks per store, one store has eight. Stores that have more than two kiosks usually don't have drive-throughs. The pilot test store location in Orange County, California, has six kiosks.

Each location has a service champion who is responsible for greeting customers as they arrive. These employees are usually the ones to offer to help with the kiosks if needed.

Guests can pay at kiosks with credit cards and mobile wallets, but not with the Taco Bell mobile app unless they also use it to order, Gupta said. And while the company is studying different options for the app, he said, there are no plans to offer a digital gift card.

Most payments at the kiosks are made with the credit cards, but mobile payment is increasing as its general use expands. While there are no plans to add cash payment to the kiosks, customers can place orders at the kiosk and pay cash at a cashier counter.

Guests can order alcohol at kiosks in the Cantina restaurants that offer it, which depends on the location's jurisdiction, Gupta said. The kiosk prompts the customer to go to a counter to verify age with an employee.

One pattern he has noticed is a preference for kiosks by people for whom English is their second language, as the kiosk allows picture based ordering and multi-language options, he said, in addition to ADA capabilities including an industry first support for visually impaired guests.

Kiosks have been the most popular at the locations near universities, Gupta said. Customers in these locations have been known to line up behind the kiosk instead of the cashier counter.

Overall, franchisees have welcomed the kiosks since they improve guest satisfaction and average check size.

The biggest challenge in the rollout has been coordinating the massive logistics of the kiosk installs, Gupta said.

Taco Bell declined to give a specific percentage of sales via the kiosks or other financial information about the kiosks.